Mr. Florio is Founding Partner of the law ﬁrm of Florio Perrucci Steinhardt & Cappelli LLC based in Phillipsburg, NJ, and was founder and CEO of XSPAND, an asset management company in Morristown, NJ.

Mr. Florio is an authority on international trade, energy, environment, health care and transportation issues. He served on the Secretary of Energy’s Advisory Board during the Clinton Administration. He was a member of the Trade and Environment Policy Advisory Committee (TEPAC) to the US. Trade Representative. While in Congress from 1974 through 1990, representing the lst District of New Jersey in the United States House of Representatives, Mr. Florio authored the Comprehensive Environmental Response Compensation and Liability Act, known as the “Superfund” law, our nation‘s primary program for cleaning up hazardous waste sites. As Chairman of the House Subcommittee with jurisdiction over environmental matters, he was involved in the drafting or passage of virtually every major piece of federal environmental legislation.

Mr. Florio served as Governor of the State of New Jersey from 1990 through 1994. As Governor, he was responsible for signing into law the Clean Water Enforcement Act (1990), one of the strongest environmental laws of its type in the nation, and the prototype for legislation to reauthorize the federal Clean Water Act. He also signed the Quality Education Act (1990 and 1991), which provided greater equity in New Jersey’s school finance system; a landmark welfare reform package (1992); a healthcare cost reduction program (1992); and the nation’s toughest assault weapons ban (1990). 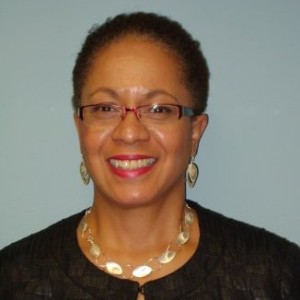 As President and CEO of the New Jersey Utilities Association from 2006 to 2012, she was the executive manager of the state trade association for investor-owned electric, gas, water, wastewater and telecommunications utilities. She was responsible for strategic planning, membership relations, advocacy, human resource and financial management, and provided strategic leadership and counsel to member companies.

Prior to her position at NJUA, Ms. Alexander was President of the New Jersey Cable Telecommunications Association (NJCTA), where she represented the cable television industry before Congress, the State Legislature, federal and state regulatory agencies, the media and the general public. She is an expert in policy issues affecting the development and deployment of cable and telecommunications technologies as well as those critical to the energy and environmental fields. Ms. Alexander is a graduate of Brown University in Providence, Rhode Island and holds a bachelor’s degree in Sociology. 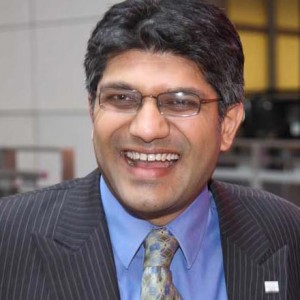 Jigar Shah is an entrepreneur and visionary committed to leveraging the next economy by solving the challenging issues of our time. As founder of SunEdison, he pioneered use of the Power Purchase Agreement (PPA) model for financing commercial and residential solar. His new book, Creating Climate Wealth: Unlocking the Impact Economy, argues
Shah has noted that a global “Impact Economy” is one in which mainstream investors team up with corporations, entrepreneurs, and governments at scale to solve the big environmental and social problems of our time while generating compelling financial returns – not just average returns.that our energy future is “an opportunity masquerading as a crisis.”

He is a partner at Inerjys, a $1 billion fund that invests in clean energy via growth capital and project finance, CEO of Jigar Shah Consulting, and a board member of Sir Richard Branson’s Carbon War Room, which he led as its first CEO. He works closely with some of the world’s leading influencers and guides policy makers around the globe on key issues to implement solutions for global warming and sustainability that will unlock “the next trillion dollar impact economy.” 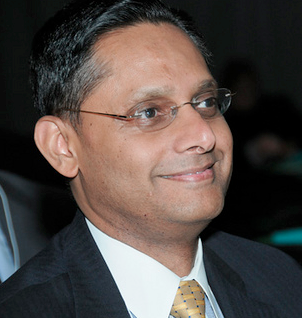 Noveda Technologies is the leader in web-based, real-time energy and water management. The company’s hardware, software and consulting services help reduce energy and water usage, optimize performance of renewable energy systems, and reduce the carbon footprint for customers across commercial/retail, industrial, government, education, and utility sectors. Noveda also offers real-time collaboration tools that leverage social media to educate and empower stakeholder communities and make the smart grid a reality today. The company has users in over 33 countries with offices in the US, UK, India and Israel. For more information, visit www.noveda.com.

A passionate champion of sustainability, Mr. Rao brings more than 15 years of global experience across several industries, including specialty chemicals, coatings, building products and lighting to his work at Noveda. While Chief Executive Officer for Lighting Science Group Corporation, a leading digital lighting solutions company, Mr. Rao was instrumental in establishing the company as an innovative pace setter in the emerging LED lighting space.

Mr. Rao was formerly Vice President and General Manager of the Philips Solid State Lighting business in North America, responsible for pioneering sustainable technologies such as solid state lighting.  Mr. Rao had previously held several leadership roles in Philips Lighting, including Senior Director of its professional lighting business and Vice President of Business Creation and Brand. His prior experience also includes several leadership roles at Specialty Chemical manufacturer Rohm and Haas Company (now part of Dow Chemical) across various businesses and regions. Mr. Rao is a founding member of the advisory board at the Institute for Sustainable Enterprise at Fairleigh Dickinson University.  He also serves on the Board of Directors of the New Jersey Technology Council and the Advisory Board at the Rutgers Chemistry and Chemical Biology department. 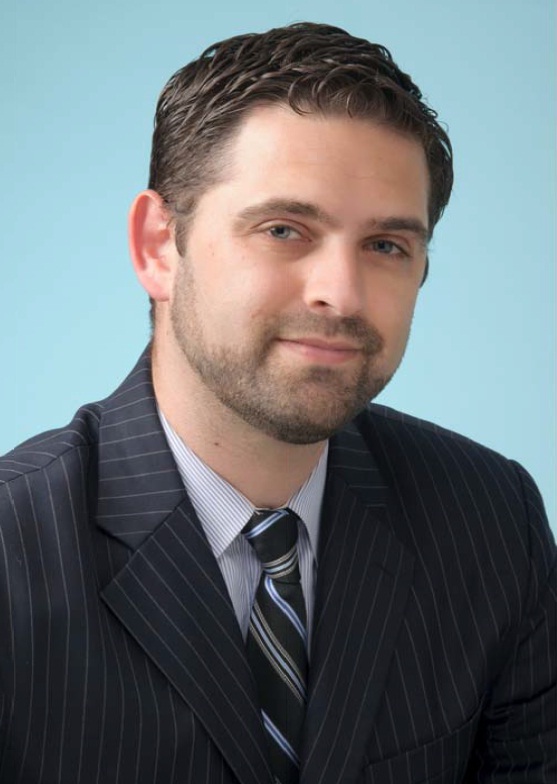 Ben joined CEFIA in 2012 in order to support the development of financing and marketing initiatives that can accelerate the deployment of clean energy and energy efficient solutions across Connecticut.

Earlier in his career, he served as the Staff Director to the Committee on Environment and Natural Resources in the Massachusetts state legislature. In addition, Ben has experience working on public power deals with Morgan Stanley and in cleantech investing with DBL Investors, a “double bottom line” venture capital firm. Ben holds degrees from the Yale School of Management, the Yale School of Forestry & Environmental Studies, and Yale College, and he is a former member of the New Haven Board of Aldermen. 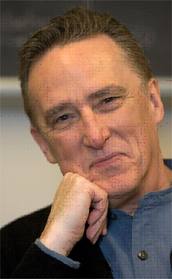 Dr. John Byrne is the Distinguished Professor of Energy and Climate Policy and Director of the Center for Energy and Environmental Policy (CEEP) at the University of Delaware. CEEP’s graduate program is ranked among the three best in the field. He is also Chairman and CEO of the Foundation for Renewable Energy & Environment (FREE). The Foundation was created in 2011 with a mission of promoting a better future based on energy, water and materials conservation, renewable energy use, environmental resilience, and sustainable livelihoods. He has contributed since 1992 to Working Group III of the Intergovernmental Panel on Climate Change (IPCC), and shares the 2007 Nobel Peace Prize with the Panel’s authors. Dr. Byrne is currently Distinguished Professor of Sustainable Energy at the Daegu Gyeongbuk Institute of Science and Technology, a new university created by South Korea to lead its plan for green energy technology and policy development. He is the architect of the Sustainable Energy Utility (SEU) and its innovative energy efficiency finance program, which received U.S. White House recognition as part of the nation’s Better Buildings Challenge. The Asian Development Bank has also recommended the model to its member countries. His work has been funded by the World Bank, UNEP, the Blue Moon Fund, the Chinese Academy of Science, the Korea Energy Economics Institute, TERI (New Delhi, India), the National Science Foundation, U.S. Department of Energy, the National Renewable Energy Laboratory, and the U.S. EPA, among others. He has published 17 books and over 150 research articles. 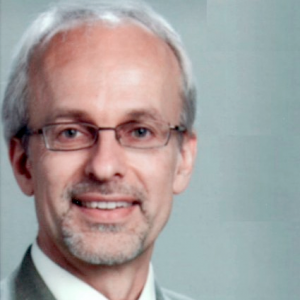 An engineer with 34 years of experience in renewable energy research, design, policy advocacy, and business, Mr. Rawlings has designed and managed some of the most challenging – and some of the most innovative – PV projects in the country. In 2003 Mr. Rawlings served on Gov. McGreevy’s Renewable Energy Task Force, where he successfully campaigned for the creation of the state’s system of Solar Renewable Energy Certificates (SREC’s). In 2009, Rawlings was a winner of the Ernst & Young “Entrepreneur of the Year” award.President & CEO, Advanced Solar Products

In 2007 the founder of Advanced Solar Products was called “the founding father of renewable energy legislation in New Jersey,” by New York Times Magazine, and he remains one of the nation’s leading professionals in the field of solar energy.

Lyle Rawlings was also the co-founder of the Mid-Atlantic Solar Energy Industries Association (MSEIA) where he was instrumental in the creation of the New Jersey solar energy program, which today leads the nation in solar energy industry growth. Mr. Rawlings continues to serve as Vice President and remains active in the creation and improvement of solar energy incentives, regulations and legislation in the region.

Mr. Rawlings received a B.S. degree in Chemical Engineering from West Virginia University. He holds one U.S. patent in photovoltaic module design and has another patent for an improved module mounting system.

Mr. Rudder represents major commercial and investment banks, issuers, investors, trustees and bond insurers in public and private financings. He has innovated many first-of-a-kind transactions, including the securitization of music royalties and other intellectual property assets and has lead transactions backed by numerous esoteric asset classes.

Mr. Rudder has written many articles on various asset classes and securitization issues for newsletters and magazines, and authored a chapter in an important securitization reference treatise. He has served as moderator or participated in dozens of panels. He was a founding member of the Commercial Mortgage Securities Association and is a member of the American Bar Association. Mr. Rudder has been recognized by Chambers USA (2011-2014), Chambers Global (2012-2014) and Legal 500 US (2011-2013).

Dennis Wilson, the founder of Renewable Power Inc. has thirty years of experience in the energy field, developing solar thermal, co-generation, large scale energy efficiency projects and over two hundred and fifty  solar electric systems. The solar electric systems range in size from 3KW to 500KW, all of which are grid connected and are located in NY, NJ and Connecticut.

Stefan Doering has been innovating in business and sustainability since 1987.

His key business accomplishments include: 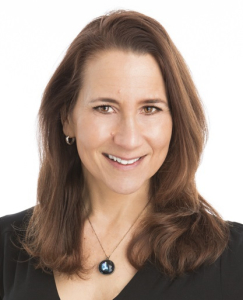 Claire Sommer is a sustainability writer based in West Orange, NJ. Since 1999, her business writing consultancy, Kayak Media, has helped Fortune 500 companies tell their stories. In recent years, Claire’s work has centered on sustainability writing and helping sustainable businesses grow. In 2013 she co-authored a first-of-its-kind Agenda 21 Controversy Toolkit to help NJ municipalities better understand the anti-sustainable development campaign. She also writes for Greenbiz, Sustainable Brands, Green People Media and is a Fellow at the Institute for Sustainable Enterprise at Fairleigh Dickinson University. She is a Certified Rutgers Environmental Steward, a NOLs (National Outdoor Leadership School) alumna, and a graduate of the LeaderShip for Sustainability program.