The Wall Street Journal recently published a story, picked up by dozens of other websites — with the ridiculously-sensationalist title, “America’s Fastest-Growing Loan Category Has Eerie Echoes of Subprime Crisis” — claiming that PACE loans are, in the words of the Forbes.com version,

the fastest-growing type of financing in the U.S. lending industry, and as the market grows it’s beginning to resemble subprimes just before they crashed. 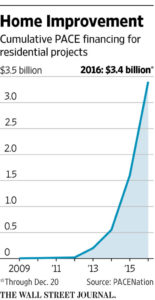 Now it’s important to state at the outset that the WSJ story was about Residential PACE, which is not in the current version of the bill that the New Jersey legislature is considering. Nonetheless, because the story has gotten widespread coverage, it’s worth noting that the statements in the story are anecdotal and unsubstantiated — and do not in any sense bear out the headline.

Mostly the story says that some homeowners have trouble making the payments on the loans — which may in some cases be true (despite the offsetting energy savings, which should in virtually all cases be greater than the loan payments), or may be thought to be true by ill-informed homeowners; but this was not really the issue with subprime loans, which “was triggered by a large decline in home prices after the collapse of a housing bubble, leading to mortgage delinquencies and foreclosures and the devaluation of housing-related securities.” (Wikipedia).

In other words, the fear of mortgage delinquencies (particularly after the expiry of so-called “teaser” rates, and the uncertainty regarding which mortgages might default), created a self-fulfilling prophecy, leading to a precipitous decline in the assessment of mortgage-backed securities and subsequently in home values, with the near-collapse of the economy, and a wave of defaults and foreclosures which might have otherwise not happened without the panic, job loss, and almost-total absence of smart federal policy responses.

Nonetheless, if homeowners are truly experiencing distress, or even think they are as a result of consumer misunderstanding, there may well be reason for some concern. As an example, the story cites

Deanna White told a contractor she couldn’t afford the $42,200 loan he recommended for improvements to her house in Inglewood, Calif. The contractor, she recalled, said she wouldn’t be on the hook because the loan was part of a “government program.” She applied and was approved.

Two years later, Ms. White is struggling to make payments on the loan, which was packaged with more than 10,000 similar loans into bonds and sold to investors. Under its terms, Ms. White’s five-bedroom house could be foreclosed on if she defaults.

Well, that’s true, but so could the house be foreclosed on if she doesn’t pay her property taxes or her mortgage. And if the energy savings from the PACE improvements are real, she should actually be better off after the project than before. But she may not fully realize this, either because the energy savings did not materialize as a result of shoddy workmanship, or, more likely, the  arrangement was simply not explained properly.

The lack of understanding arises, supposedly, because “plumbers and repairmen essentially function as loan brokers but have scant training and oversight. They often pitch PACE loans to help land contracting jobs and earn referral fees from lenders, according to loan documents and more than two dozen borrowers, industry executives and employees.” And the reality is that Residential PACE lenders don’t look all that closely at the homeowners’ credit in making the loans.

The story concludes that the addition of the PACE charges to the homeowners tax bill “often leads to frustrated customers who end up struggling to make payments in a way that’s eerily similar to that of the subprime crisis,” but there is in fact no evidence for this whatsoever. There are undoubtedly many homeowners struggling to pay their bills these days, but not because of PACE, which makes them immediately better off, increasing both their cashflow and their asset value.

None of this, as noted above, is directly relevant to NJ, where the currently-proposed legislation allows only Commercial PACE, including multifamily but excluding single-family residences. The draft legislation includes extensive consumer protections even for commercial property owners, who are assumed to be much more sophisticated. As noted by Genevieve Sherman, Managing Director of Pace Financial Servicing and one of the architects of the highly-successful Connecticut C-PACE program: 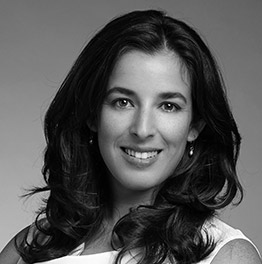 The important consumer protection measures being advanced in the Commercial PACE community that provide several layers of protection for commercial property owners and lenders, and have been added to the NJ Bill including:

In reality, these reason these loans are the “fastest-growing” segment of the U.S. lending market (if indeed they are) is because they make sense — they save property owners money, increase their property values, and lower carbon pollution, all at the same time.