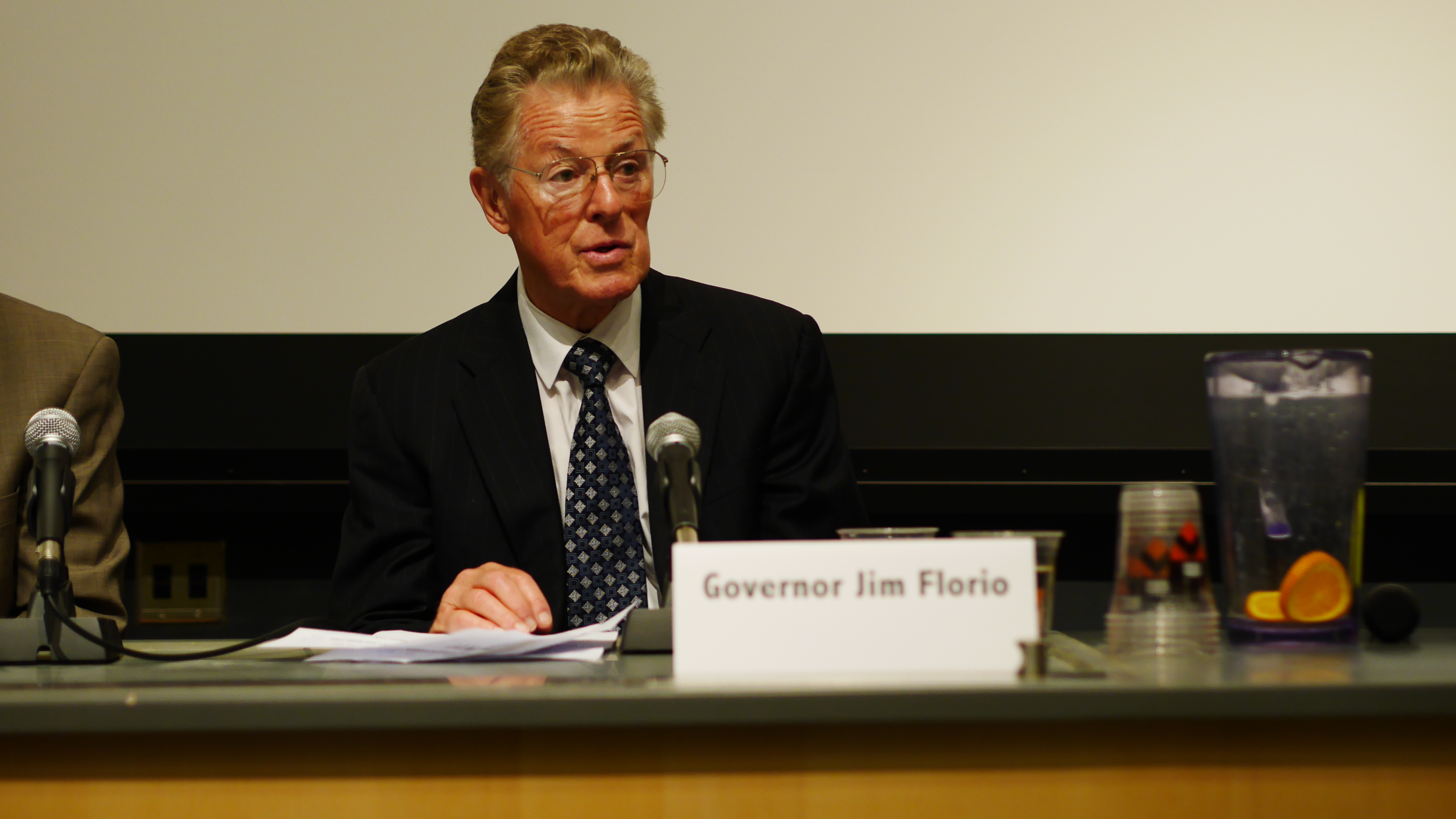 Governor Florio is the Chairman of the New Jersey PACE Advisory Council and a powerful ally in the effort to bring PACE to the state of New Jersey.

The Cary Edwards Leadership Award recognizes individuals who have an outstanding commitment to improving the quality of life and promoting smart growth in New Jersey through sustainable land-use policy and practice. The recipients of this award are dedicated to strengthening communities by encouraging redevelopment and development where infrastructure already exists and by preserving and enhancing agricultural and natural resources.

Governor Florio has distinguished himself since his term as Governor as an articulate policy advocate and spokesperson for environmental causes, which he has championed throughout his life. While in Congress he wrote the Superfund Law. Rutgers’ biography of Jim Florio states, “As the Governor of New Jersey from 1990 through 1994, Florio was responsible for a wide variety of initiatives, many of which led to significant changes in New Jersey public policy and governance.”

The Rutgers biography goes on to say:

Soon after the end of his term as Governor, Florio was appointed a University Professor for Public Policy and Administration at the Edward J. Bloustein School at Rutgers University. He has continued in this position, teaching courses on various aspects of state and federal public policy to graduate and undergraduate students and also writing frequent op ed columns about contemporary public issues.

Florio is also a practicing attorney and founding partner of the law firm Florio Perrucci Steinhardt and Fader [now Florio Perrucci Steinhardt & Cappelli] with offices in Phillipsburg, Rochelle Park and Woodbury, New Jersey, as well as Bethlehem, Pennsylvania and New York City. He is the chair of the firm’s Environmental Group and Government and Regulatory Affairs Group.

Please help us acknowledge ​Governor Florio’s contributions by attending and/or sponsoring ​ ​ NJFuture’s 2018 Smart Growth Awards Celebration, which celebrates projects that enhance sustainable land use in New Jersey. The former Governor also has an autobiography, Standing on Principle: Lessons Learned in Public Life, coming out in early May.