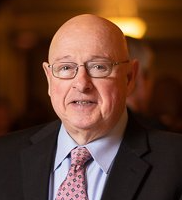 As we understand it, as of late December 2020 the Senate bill (S1953) was expected to move forward in January 2021, according to the bill’s sponsor, Senator Bob Smith.

The C-PACE Alliance, which includes a majority of the established C-PACE lenders in the country, has stepped up to the primary role of advancing the legislation, hiring an experienced government relations attorney, David J. Pascrell, of the NJ law firm Gibbons, to help move the legislation forward.

The Alliance’s role was instrumental in drafting the current Assembly bill (A2374), which passed in July by a vote of 68 to 6 (see our last update). According to the Alliance’s web site:

The bill sponsor has proposed the C-PACE legislation as an economic recovery measure.

As we noted on September 24, in July the NJ Assembly passed A2374, which incorporated many of the Alliance’s recommendations, including provisions that would designate the New Jersey Economic Development Authority (NJEDA) as the lead agency but also allow local programs (as long as they conformed to the NJEDA’s guidelines, used the same documents, and included access to the state’s program) to be established as well.

When the bill is signed, the NJEDA will then have 180 days to develop rules, guidelines, and standardized documents to permit municipalities to adopt the required ordinance to enable the program. Each of the 565 municipalities in NJ must then adopt the ordinance in order to enable PACE in their community. We hope to be part of that effort in the next several months.

6 thoughts on “Further Update on PACE Legislation in New Jersey”